As you know, this year Her Majesty the Queen celebrated her 95th birthday. And to mark this momentous occasion, The East India Company has released a very special BRAND NEW coin series, issued especially to celebrate Her Majesty.

These are the core principles that are associated with both Queen Victoria and Queen Elizabeth II for which they’re both admired and hailed as formidable monarchs.

The first allegorical representation of the six virtues can be found outside Buckingham Palace in the Victoria Memorial. Poised atop the statue is the Winged Angel of Victory, the inspiration for the first coin in the series…

Victory is a key element in both Queen Victoria and Queen Elizabeth II’s reign and is a fitting theme for the first coin in this magnificent NEW series. The Queen as Sovereign is Head of the Armed Forces and still the only person able to declare war and peace.

The coin is expertly struck from one full ounce of 99.9% pure silver to the pristine proof finish that The East India Company is known for.

It’s truly a modern masterpiece and is the start of what’s sure to be an exquisite collection of coins.

Importantly, JUST 2,500 single coins will ever be struck and issued worldwide – and it's now completely SOLD OUT at The Mint.

The good news is you can secure one for your collection today. Remember, this is a royal coin that few collectors will ever be able to own. And being the first coin in the Queen’s Virtues Collection it’s arguably the most important. So, make sure you don’t miss out. 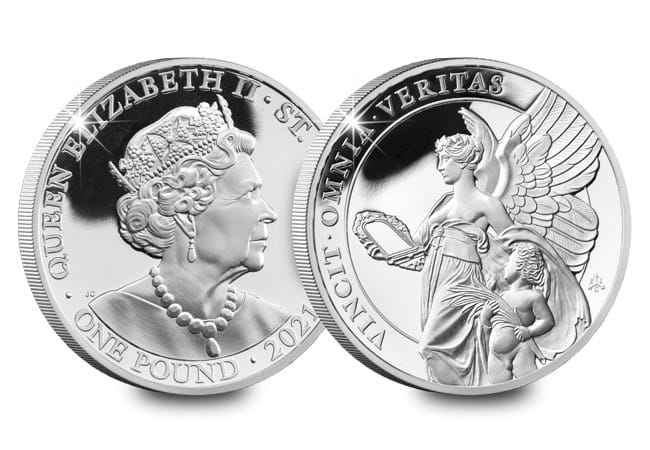